The best examples of the historic architecture that dots the city

While Macau has become known for its ritzy, modern casinos along the Cotai Strip, there’s another side to the city that’s certainly worth taking the time to explore. Formerly a Portuguese colony, the city boasts an urban landscape full of old-world charm and enchanting blends of East and West. From Baroque cathedrals to Ming Dynasty temples, Macau’s historical landmarks tell a colorful tale of a city where two cultures have coexisted since the 16th century. 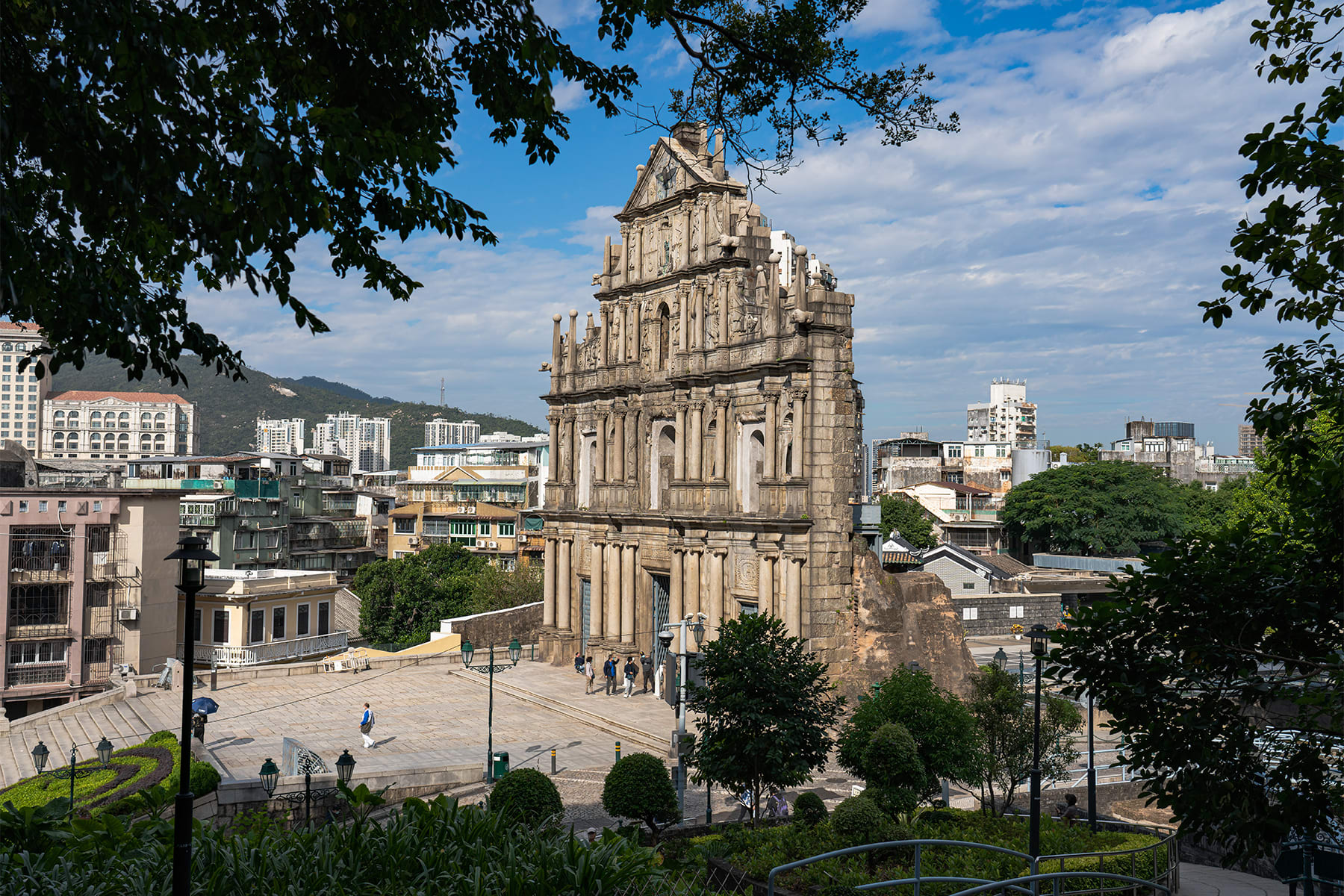 Named a UNESCO World Heritage Site in 2005, Macau’s Historic Centre is home to more than 20 heritage buildings and public spaces. If you’re visiting Macau for the first time, this is an area not to be missed. A good place to begin exploring is Senado Square, a 40,000-square foot public piazza reminiscent of those found in Mediterranean Europe. The Square sits in front of the 18th-century (though built in an earlier style) Leal Senado Building, the former administrative headquarters of the Portuguese government. On the eastern side of Senado Square are the Holy House of Mercy — a Catholic charity and medical clinic that was built in 1569 to help the destitute and the sick — and Lou Kau Mansion, a grand old residence built in a fusion of Chinese and Portuguese styles by a prominent merchant in 1889. Today, these landmarks are museums that are open to the public.

To the north of Senado Square are three of the city’s most popular attractions. The Ruins of St. Paul’s is the grand facade of a former Baroque church that was one of the largest Jesuit-run Catholic churches in Asia in the 17th century, and is a popular spot for photos. The adjacent Monte Fort is a European-style fortress built to protect the clergy of St. Paul’s against pirate attacks. And the old city walls, built from around 1569, show the use of chunambo — a rammed-earth construction material made of clay, soil, sand, rice straw, crushed rocks, and oyster shells. 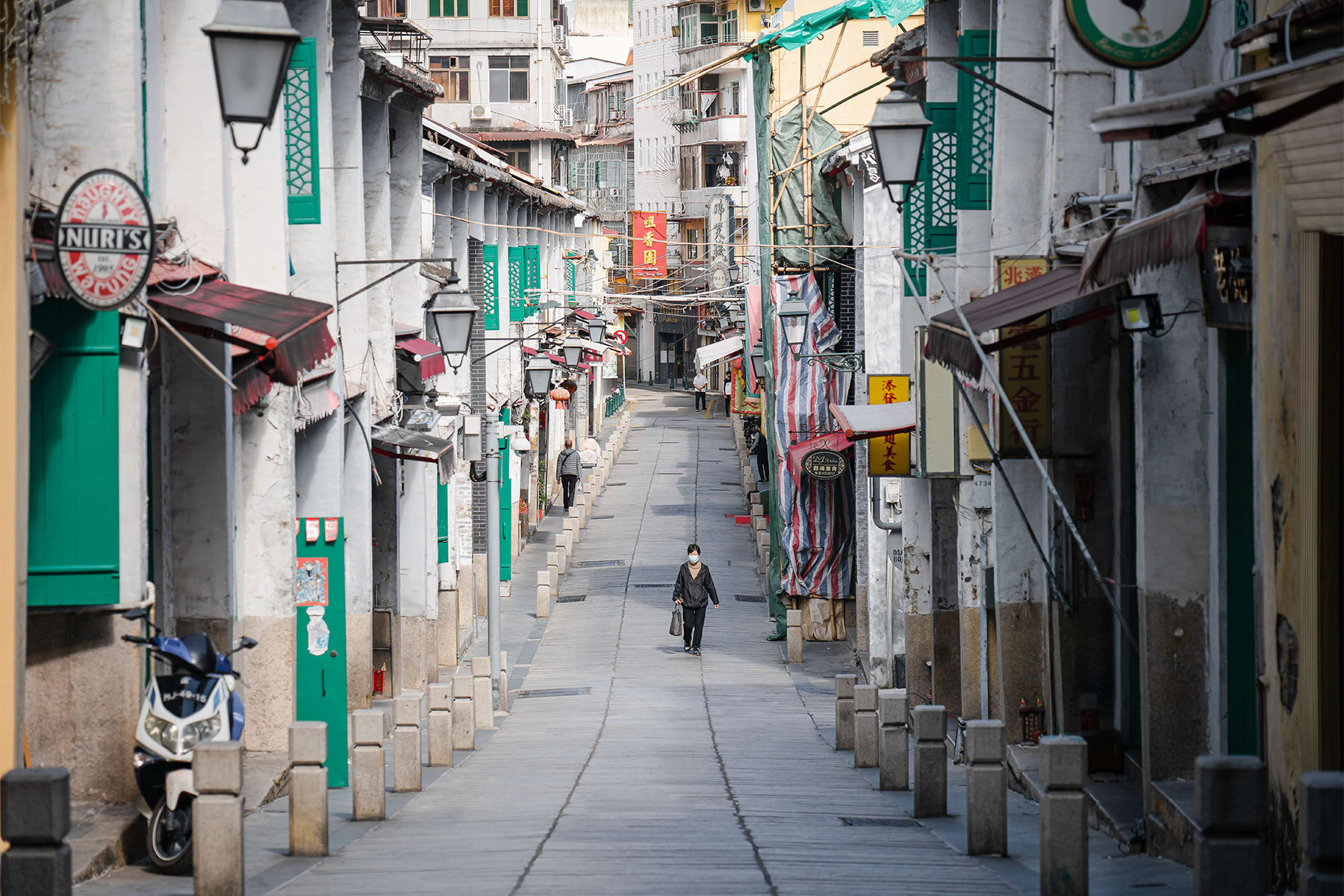 If you’re looking to pick up some traditional Macanese egg tarts or souvenirs, head to Rua da Felicidade (“Happiness Street”) to the east of Senado Square. During the Qing Dynasty, it had a shady reputation as an area of brothels and opium dens, but today, this charming street has rows of Chinese shophouses selling baked goods, snacks, and gifts. 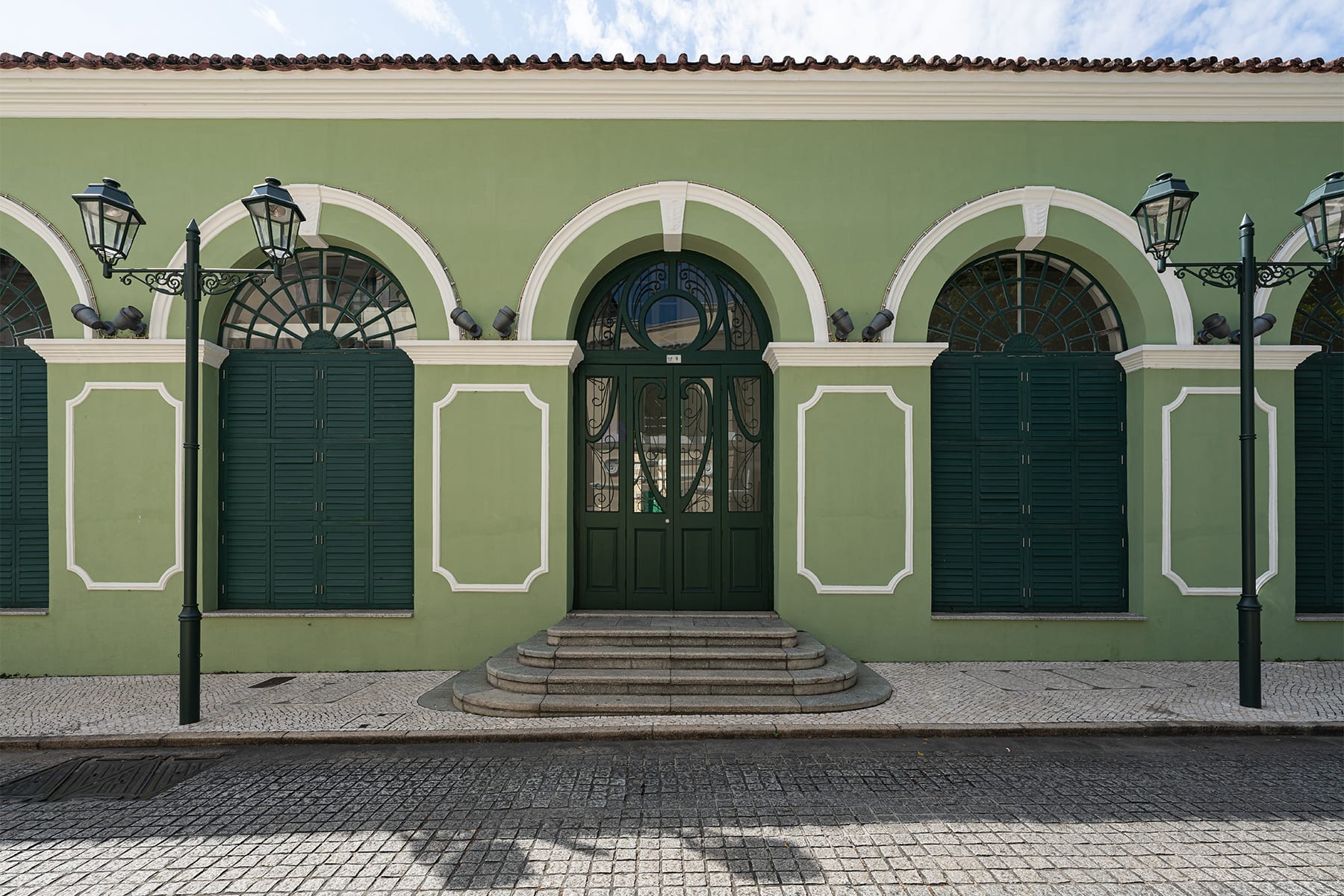 A short walk south from Senado Square will take you to St. Augustine’s Square, a cobble-stoned piazza on top of a small hill. Here, you’ll find St. Augustine’s Church, which dates back to 1591. This beautiful church with pastel-colored facade and ornate interiors was founded by priests from the Catholic Augustinian order, and a procession is held here every year on the first weekend of Lent. Across from the church is the majestic, jade-green Dom Pedro V Theatre — the first Western-style theatre in China. Built by the local Portuguese community in 1860 to honor the reigning king of Portugal, Peter V, the theater later served as a refugee shelter during the Second World War. 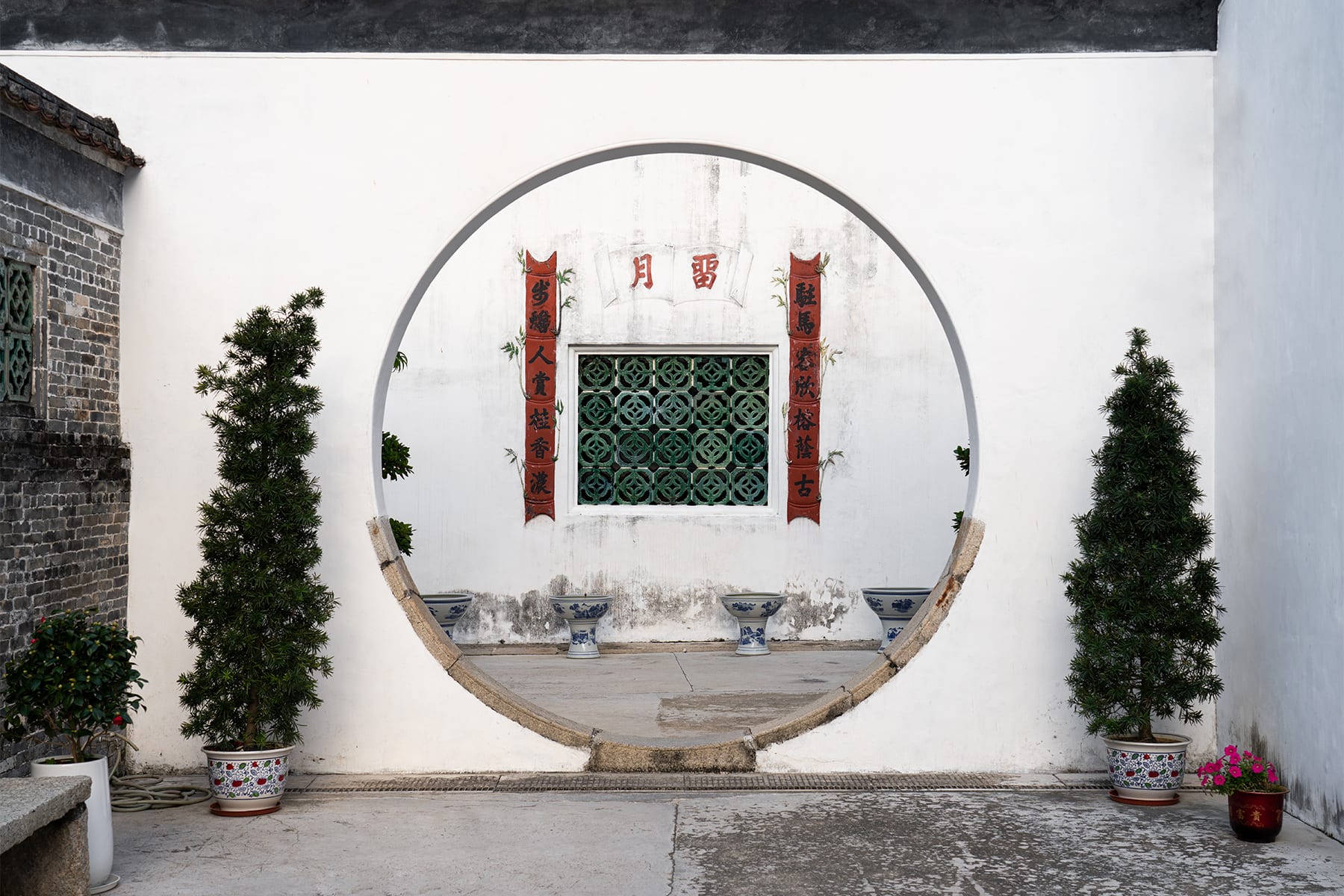 In the São Lourenço District is Mandarin’s House, one of the largest family residences in Macau and the former home of Qing Dynasty theoretician and reformist Zheng Guanying, who authored the Chinese literary masterpiece “Shengshi Weiyan” (“Words of Warning in Times of Prosperity”). Built in 1869, in the courtyard style typical of Guangdong residences of the time, the house — where Zheng wrote his masterpiece — includes architectural influences from the West and beautifully ornate detailing, making it a unique example of Chinese colonial-era architecture. 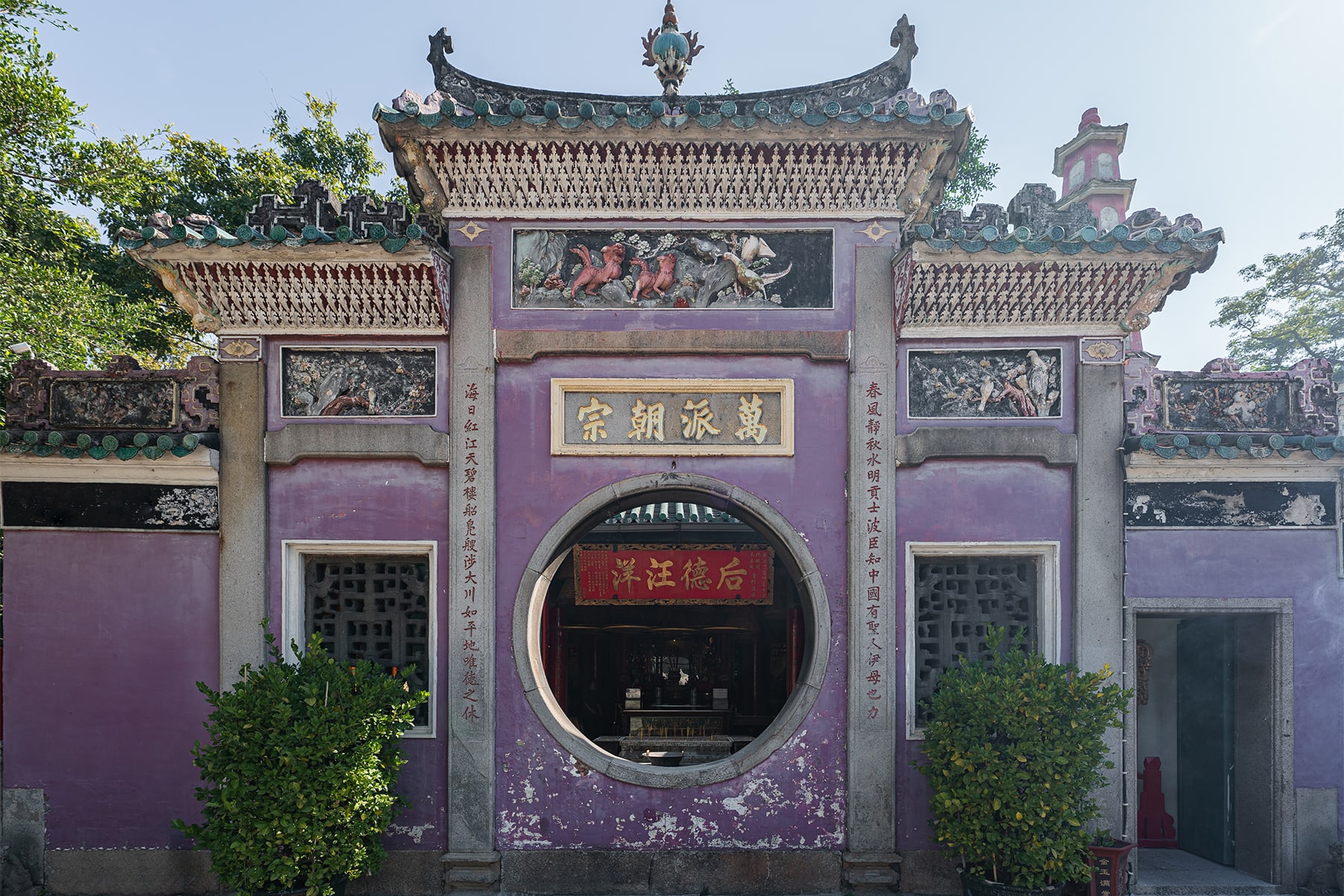 Also in the São Lourenço District is A-Ma Temple, a hillside Buddhist temple that dates back to 1488, well before Portuguese settlement. Built in tribute of Mazu, a Chinese sea goddess who protects fishermen, the temple may have contributed to the name Macau, which is thought to be derived from the Chinese name for the bay — “A-Ma-Gok” — where it’s located. The complex houses a variety of pavilions dedicated to different Chinese deities, and today draws a steady stream of devotees and tourists who come to worship, admire the classical Chinese architecture, and take in the views of the sea. 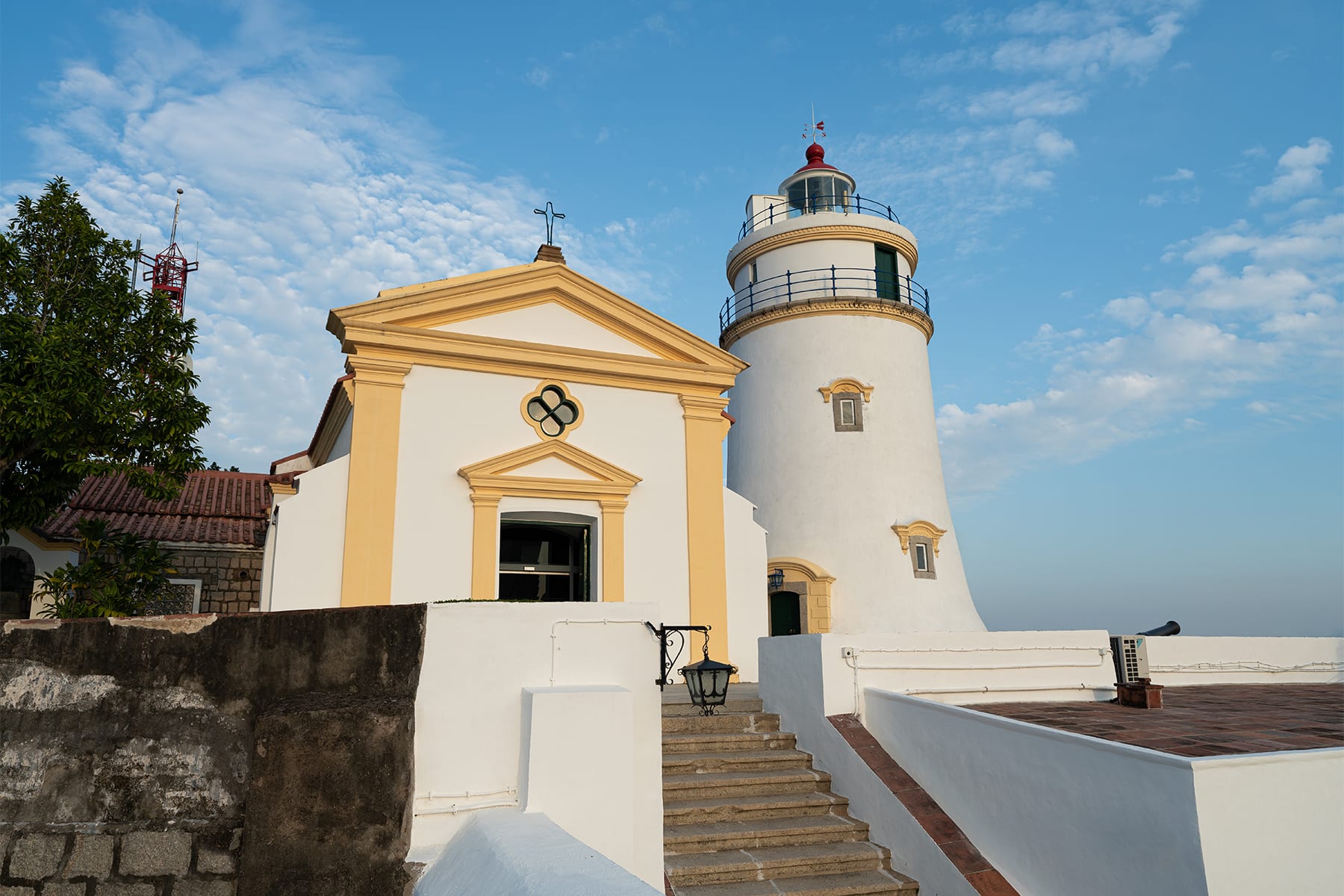 Guia Fortress was built between 1622 and 1638 by the Portuguese to fend off an attempted Dutch invasion, and has a chapel inside it that was established by Filipino Clarist nuns around the same time. In 1998, detailed frescoes with Chinese and Western motifs were discovered inside the chapel. The lighthouse, which was added in the 1860s, was the first Western-style lighthouse on the Chinese coast.