DISCOVERING THE SAVOIR-FAIRE OF MAISONS

From the gestures of excellence of Vuitton craftsmen to the virtuosity of Chaumet master jewelers, via the creative renewal of the Patou maison, Samaritaine lifts the veil on the exceptional savoir-faire of the maisons.

Louis Vuitton
And the magic of the trunk 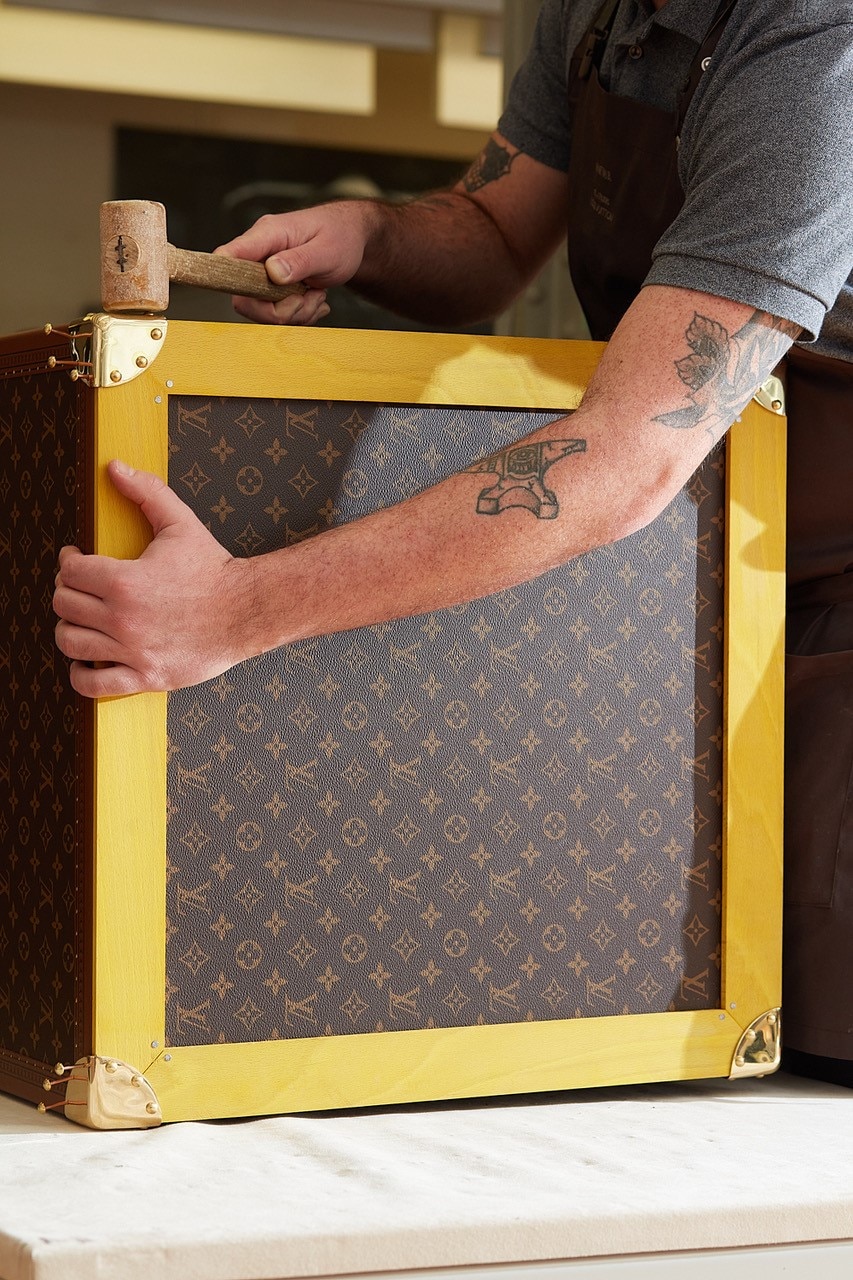 Applying rubber cement, stretching the monogrammed canvas over the wooden structure, fortifying the edges and corners, malleting… It is here in Asnières, historic stronghold of Maison Vuitton, that the gestures of excellence have been repeated for centuries, bringing the House’s iconic trunks to life. In the leather reserve, the noble skins diffuse their rich perfumes and mingle with the woody scents of beech, poplar and exotic okoumé. The sound of a nail being hammered and the hum of a sewing machine provide the backdrop for the rigor with which the craftsmen devote themselves to creating these legendary pieces. 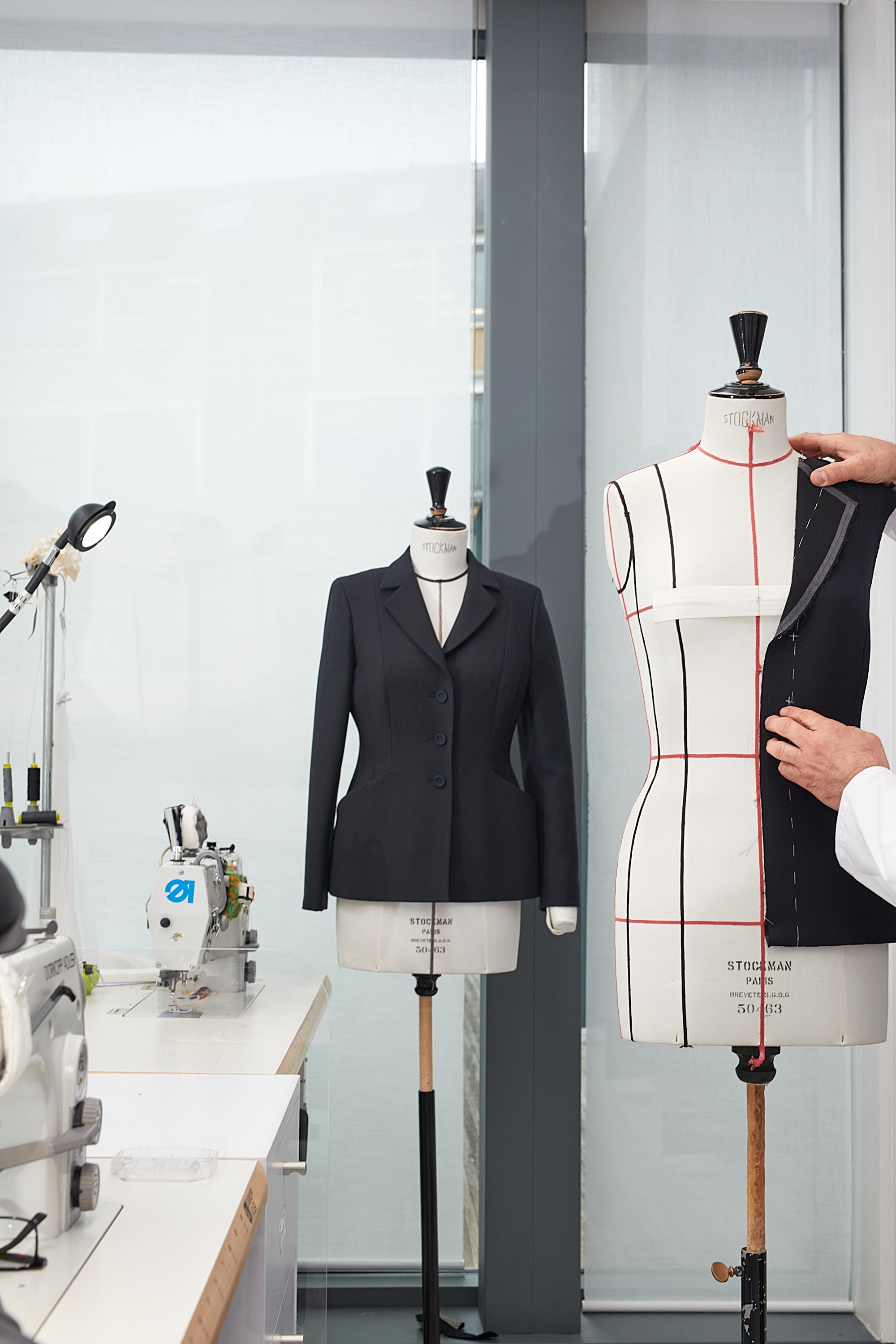 The story begins on February 12th, 1947, at 30 Avenue Montaigne. The crowd rushes to attend Mr.Dior’s very first fashion show and, unknowingly, the birth of the New Look. A fashion revolution that resonates like an ode to femininity embodied through the architectural silhouette of the Bar Jacket. Characterized by its defined waist, soft shoulders and hip-silhouetting peplum, its sensual lines flatter and enhance feminine curves. A symbol of the timeless elegance of Maison Dior and the savoir-faire of its artisans, its creation requires up to 150 hours of work, from pattern making to final assembly. Reinterpreted by John Galliano, Raf Simons or Maria Grazia Chiuri, the Bar Jacket continues to anchor its status as an eternal icon in the history of fashion. 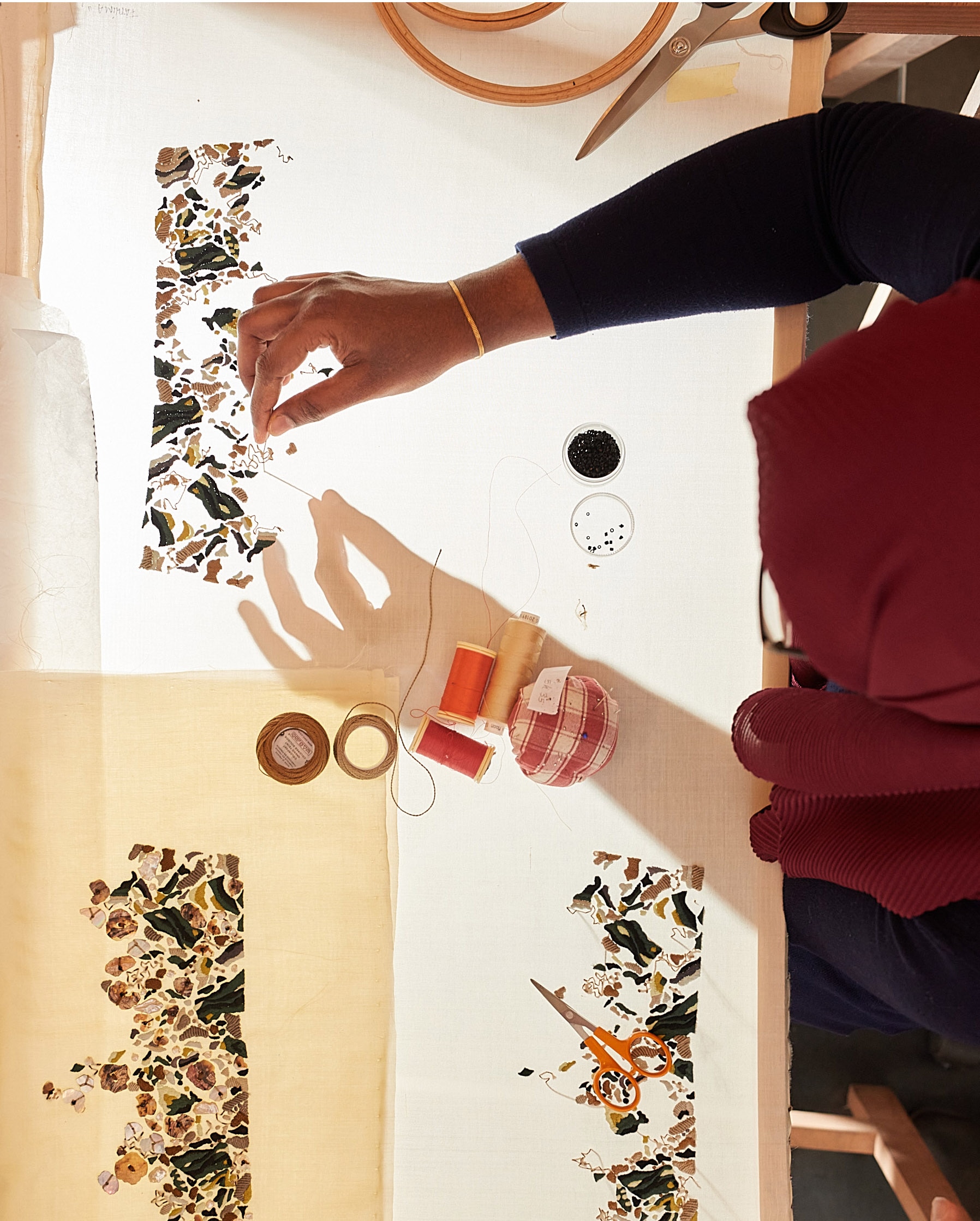 Founded in 2016, Fabrique Nomade has set themselves the task of helping migrant and refugee artisans professionally integrate. A challenge that can translate in many ways, notably through the “Traits d’union” collections, created in collaboration with French designers. It is within the framework of this concept, that Fathima, an embroiderer trained in Sri Lanka, collaborated with the designer José Levy in order to create an art object exploring the theme of the wave. This piece will be unveiled next March, on the occasion of the 6th edition of the Traits d’Union project.

A joyful, united and committed approach, supported by the LVMH group through various actions, with one single ambition: to preserve and celebrate the arts as well as those who make them!

Since its creation, Guerlain has had a profound relationship with color. Today, the Maison celebrates this connection with the Rouge G Legendary Red collection. Violette, Creative Directory of Makeup, delved into the House’s archives to reinterpret three iconic reds from its heritage. The “Rouge du Tigre,” (Red of the Tiger), reinterprets a shade from 1830, inspired by the red lacquer adorning Chinese artwork, while “Rouge Impérial,” (Imperial Red), reveals an intense color enhanced by pink and bluish tones, created in 1870 in homage to Empress Eugénie. Finally, the “Roi des Rouges,” (King of Reds), revisits a dazzling shade imagined by Guerlain in 1925, celebrating the liberating beauty of women during the Roaring Twenties. A vibrant journey through two centuries of history, color and beauty!

Nona Source
And the fabrics are brought back to life 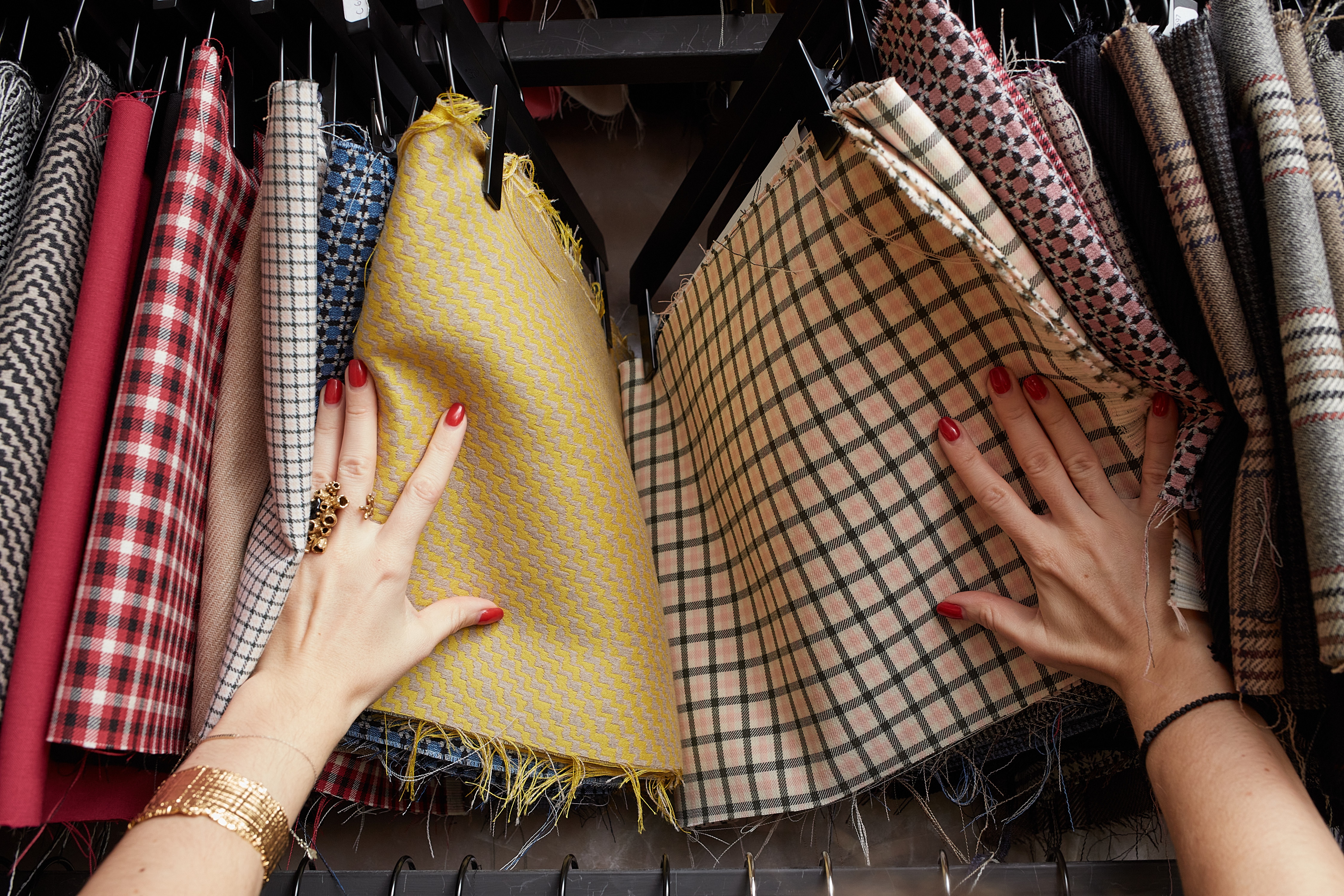 In a showroom nestled in the heart of Paris, cuts of silk, jersey, leather, muslin and lace are piled up.

Welcome to Nona Source, the first startup dedicated to “Creative Reuse.” Committed to the creative community, the company allows young brands and designers to acquire precious fabrics from the biggest luxury brands in order to give them a second life. This approach cultivates new fashion as the fabric becomes a jumping off point for the imagination and the new garment. 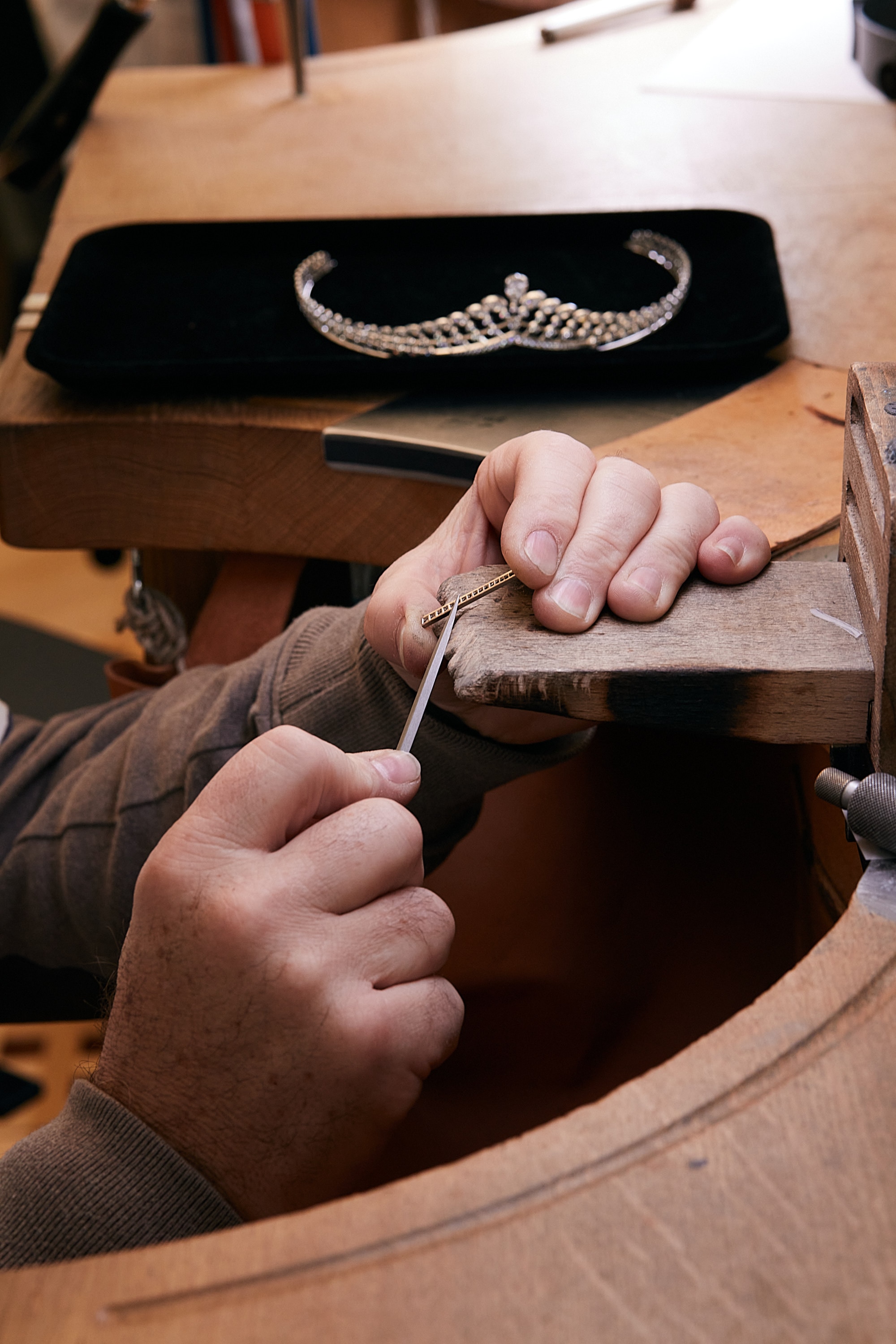 An ode to the grace of Empress Josephine, the house’s eternal inspiration, the Joséphine Valse Impériale tiara resonates as a tribute to the art of lightness. Crafted with the utmost precision, this powerful piece requires nearly 245 hours of work and embodies all of Chaumet’s jewelry savoir-faire. Sketching an aerial dance, the cascade-set diamonds underline the movement of the tiara, adorned in its center with a dazzling 2.50-carat pear-shaped diamond. Its white gold setting seems to disappear to highlight the diamonds and their infinite reflections thanks to the knife-edge technique, a signature of Maison Chaumet, and a reflection of their master jewelers’ virtuosity.

Patou
The Time of Henry 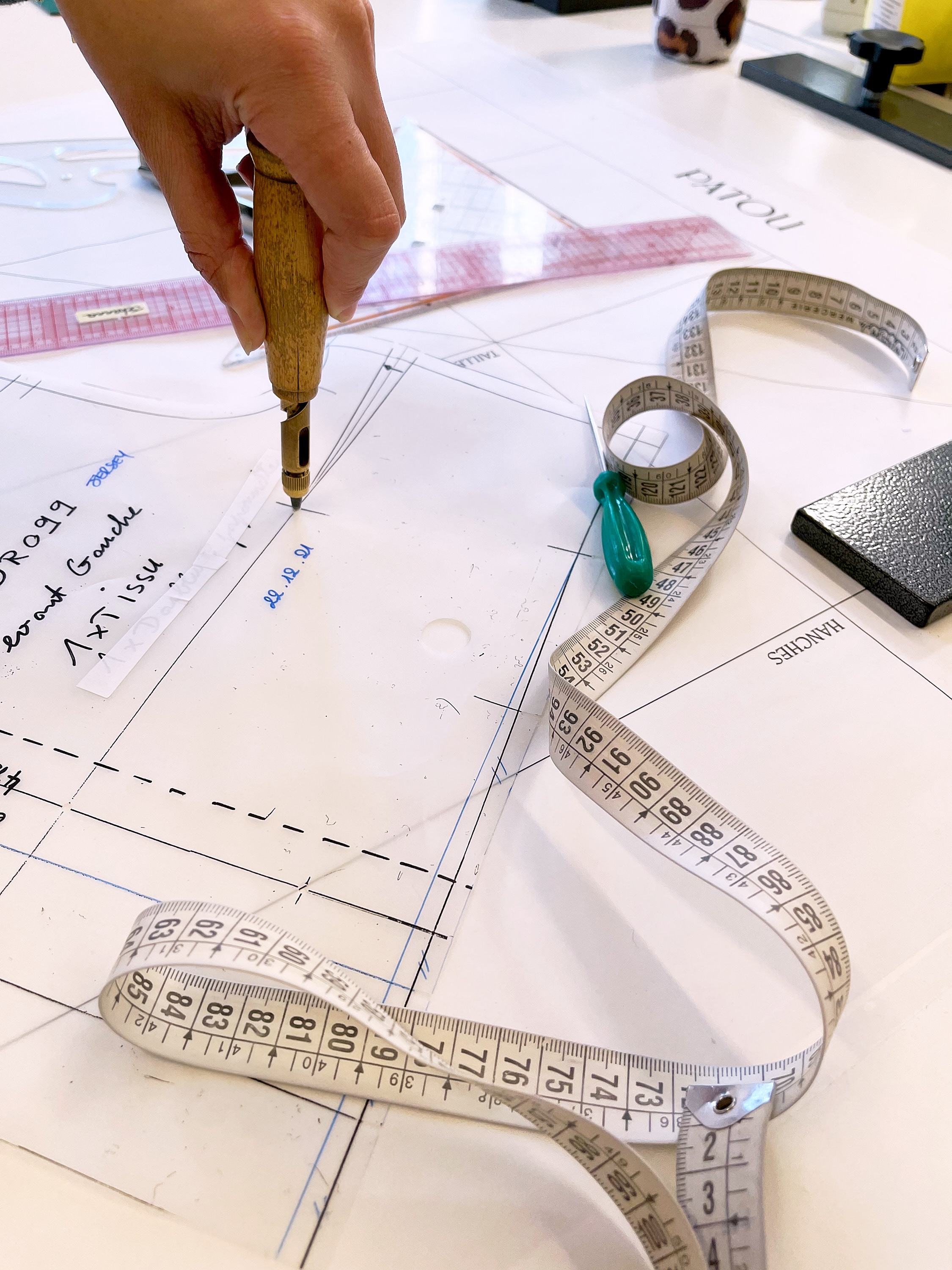 The name Jean Patou was on everyone’s lips in 1914. Those of Louise Brooks, Mistinguett, and all of Paris’ most elegant women who were won over by the fashion pioneer that emancipated style from the rigors of dress. Today, it is up to Guillaume Henry to write a new chapter in the century-old history of Maison Patou, under the impetus of the LVMH group. Since 2019, the designer has been presenting his vision of couture-inspired women’s ready-to-wear, full of freshness, fantasy and uniqueness. Featuring shimmering colors, pleats, playful prints and exaggerated volumes, the collections resonate as a tribute to the free and uninhibited style of the couturier. An approach underscored by a responsible process that definitively anchors the House in modernity. 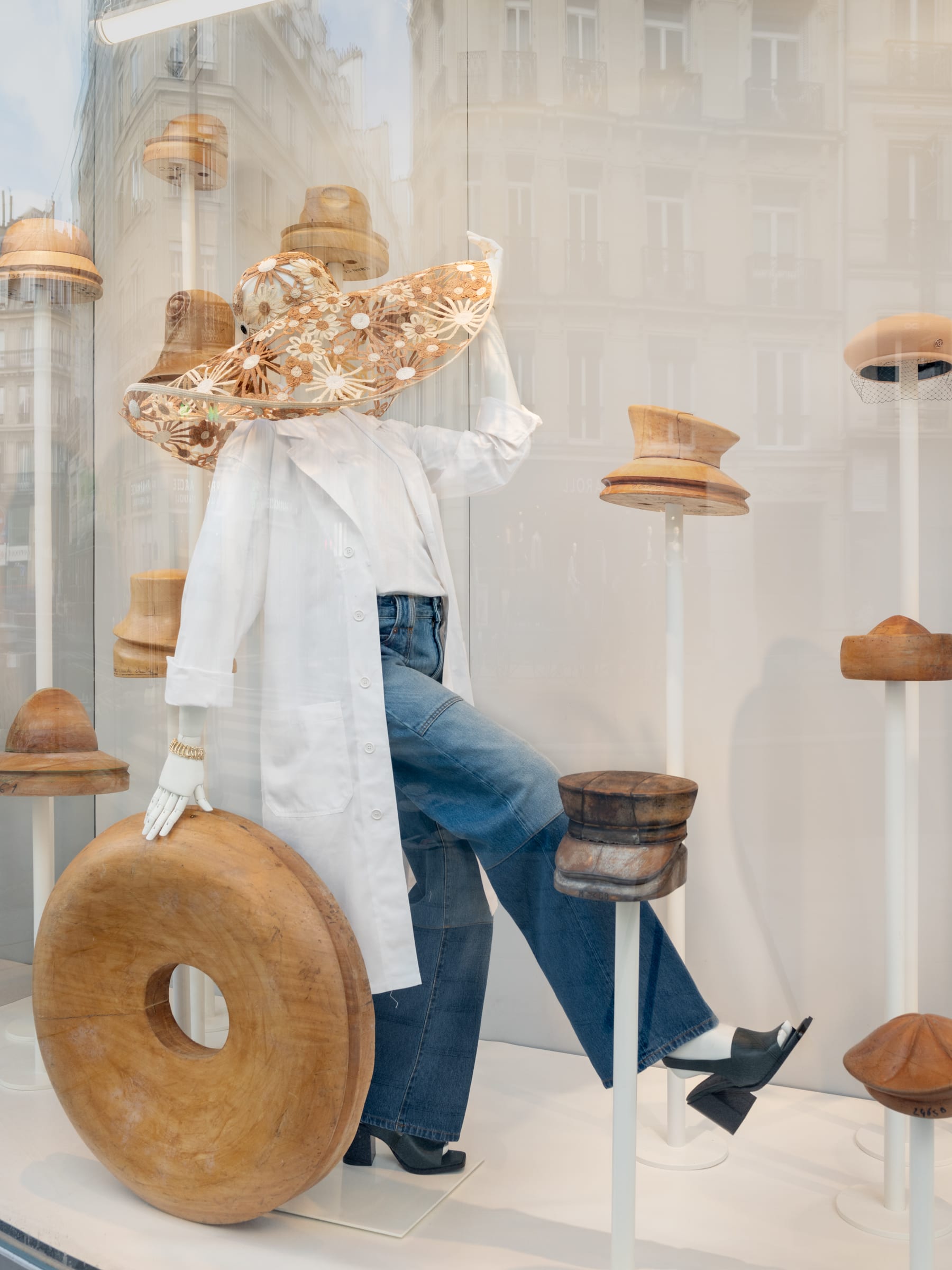 A unique piece, designed exclusively for Samaritaine's fashion workshop, epitomizes the excellence of Maison Michel's savoir-faire. Taking center stage amidst 20 pieces of factory lumber on loan from the Maison, it is made of natural straw and decorated with over 100 hand-stitched flowers. A true work of art, which took no less than 200 hours to create!

Demonstrations, talks, workshops... Immerse yourself in the fascinating world of arts and crafts through the many activities of the Atelier Mode of Samaritaine. Come in store Today!

See All News
DISCOVERING THE SAVOIR-FAIRE OF MAISONS