The gateway to central Sydney neighborhood The Rocks is marked by a harmonious group of heritage buildings that today house T Galleria by DFS. Built in the late 1800s and early 1900s, the Victorian- and Federation-style buildings have a rich and eclectic aesthetic that contributes to the beautiful character of the streetscape, and reflects the development of the area and Australian architecture.

The Rocks — known as Tallawoladah by the area’s first owners, the Cadigal people — is the historic site of the first European settlement in Australia, and the oldest neighborhood in Sydney. Today it’s an international destination for tourism, galleries, and shopping, with streets and lanes lined with diverse heritage and modern buildings. 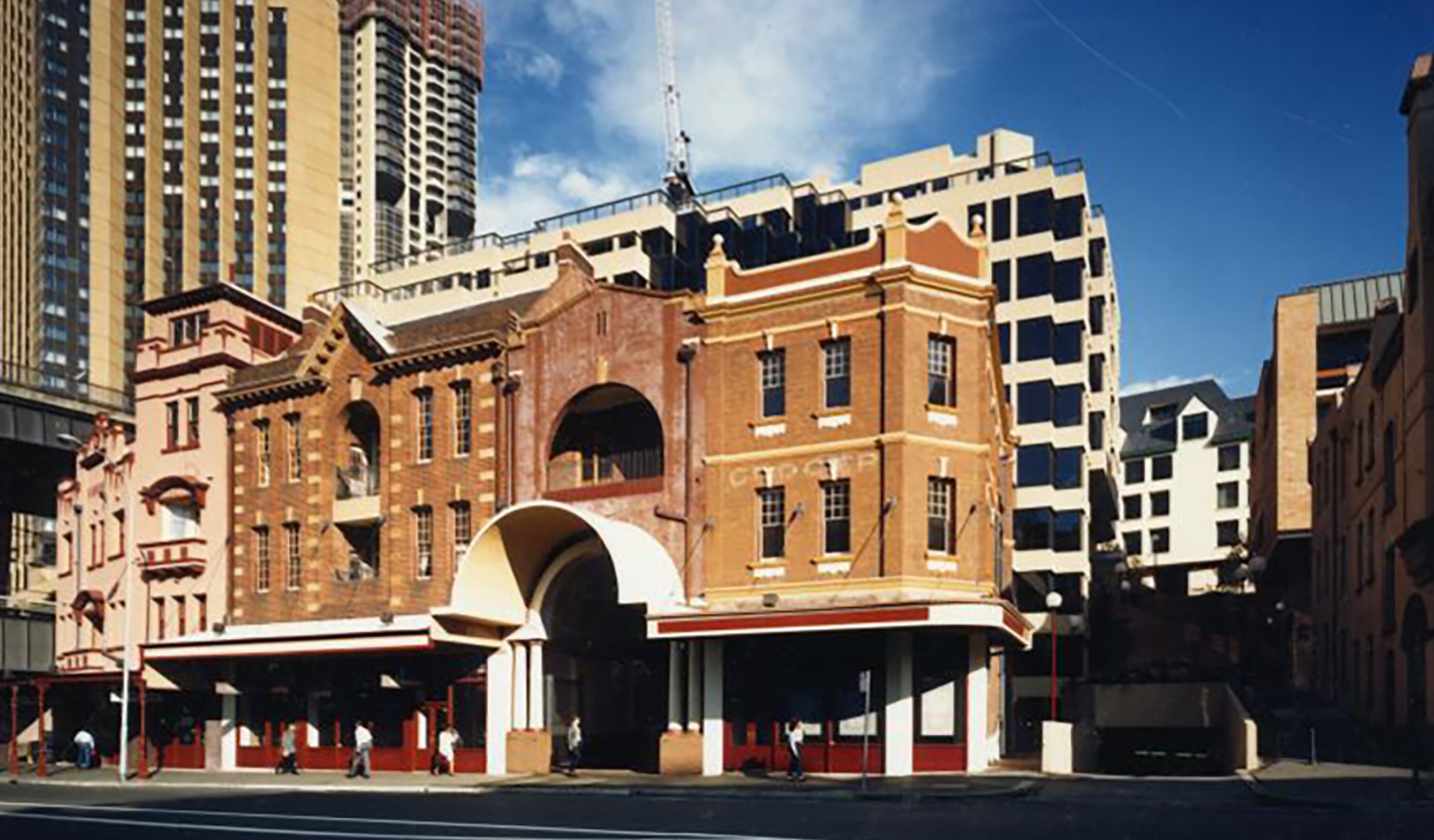 The four buildings that house T Galleria by DFS were built between 1892 and 1913, during the first commercial development of The Rocks, as well as the redevelopment of the area after a plague outbreak in 1900. Architects in the 19th and early 20th centuries were heavily influenced by British styles of architecture, with Victorian (named for the period in which Queen Victoria reigned) being the most popular. While early Victorian-era buildings were formal and plain, they became taller, grander, and more decorative as the century progressed. Afterward, when the colonies were federated in 1901 to form the Commonwealth of Australia, architects developed a uniquely Australian style to express a new national identity and pride. Later known as the Federation style, it merged influences from British, French, and American architecture in a style that was less formal than its Victorian forebears and better suited to the subtropical climate. A great deal of Australian architecture during these decades was built in Victorian and Federation styles — or a combination of both — and these buildings are wonderful examples.

145 George Street, to the right, is the oldest building in this group, constructed in 1892–93 as a grocery store and offices. It combines Victorian and Federation features, with the plain brick walls being typical of the Federation period, and the more decorative details, such as the parapet, sills, and keystones (all rendered in cream) being Victorian. 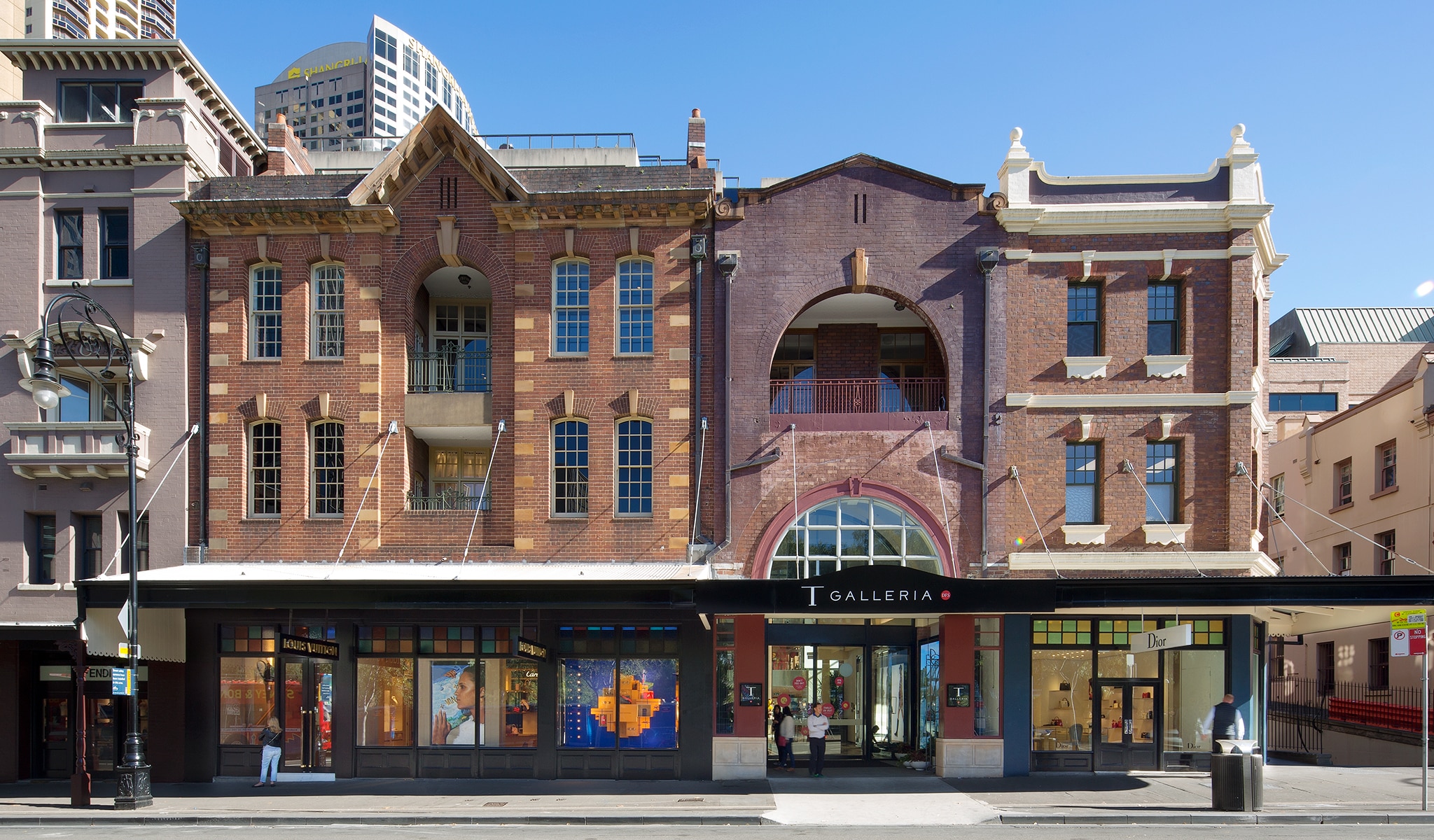 Next door, 147 George Street was constructed in 1911 in the Federation Free Style. As architects adapted domestic architecture to commercial buildings, they were less constrained by traditional stylistic conventions and freely broke the rules. That can be seen here in the large cut-out arch framing the veranda. The prominent feature, and a rather unusual one, broke with the convention of small openings that were more common in this era of construction.

Continuing to the left, 149–151 George Street was erected in 1913 as "Quay Chambers” and served as a butcher shop for many decades. Like number 145, it’s an example of the transition between late Victorian and the Federation periods, and it has details that complement both the earlier buildings, creating harmony in the group. The long, narrow windows are the same scale and configuration as those at number 145, and the triangular pediment and large cut-out arch framing a veranda are like that of number 147, though narrower and taller. Bookending the group, 153–155 George Street was constructed as The New York Hotel for brewery Tooth & Co Ltd. in 1908, and it is also in the Federation Free Style. It combines a five-story building to the right and a three story-building to the left, which is slightly skewed to follow the alignment of George Street. While the buildings appear as separate entities, they share the same Classical and Art Nouveau details, as the commercial architects of the time broke with tradition.

The Rocks was developed into a major tourist destination in the 1980s, which is when T Galleria by DFS became the custodian of these heritage-listed buildings. While each building has its own detail and character, they present a unified and picturesque grouping that contributes to the heritage and beauty of the area. Designed and constructed in such distinctive architectural styles, they express Australia’s architectural character, identity, and history.